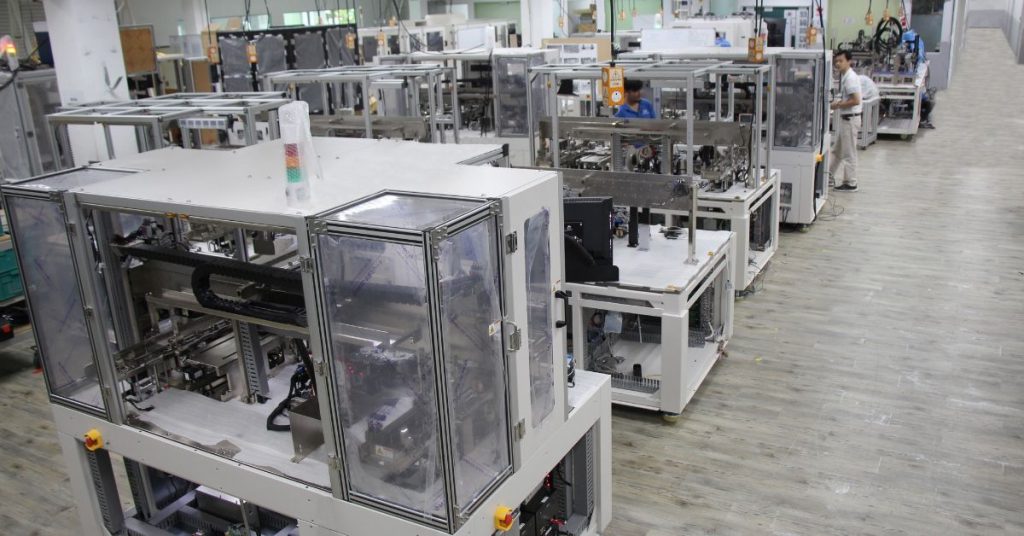 As Malaysians, we’re always proud when our local businesses thrive and are able to positively represent our country on the world stage.

This year, 3 Malaysian companies made it to Forbes’ Asia’s 200 Best Under A Billion, which is a list meant to spotlight “200 small and midsized publicly listed enterprises in the Asia-Pacific region with sales under $1 billion and a track record of strong earnings growth."

The 3 companies featured are Elsoft Research from the semiconductor industry, Pentamaster from the factory automation industry, and Vitrox from the electronic components industry, and they’re all supported by MDEC (Malaysia Digital Economy Corporation) Global Acceleration & Innovation Network program (GAIN).

We got in touch with them to learn a little more about what they do, the biggest challenges they’ve faced so far, what future plans they have in store for company growth and direction, and what sort of exciting developments they foresee in their industry in the next 2 years.

What Do They Do?

Speaking to Tan Cheik Eaik, CEO of Elsoft Research, he told us that “Elsoft stands for ‘electronics’ and ‘software’”, and that they’re “involved in doing the research, design and manufacture of automated test equipment (ATE) and burn-in systems for the LED and optoelectronics industry.”

Elsoft Research Bhd was established in 2004 but has been in operation since 1994. Their customers are LED manufacturers who supply high-performance LEDs for application in smart devices, the automotive and general lighting industries.

“Our second product division is in fact embedded controllers, which is actually one of the key initiatives by MDEC,” Tan said.

“We design the electronics controller board with embedded firmware, which is actually a micro-code intelligent firmware, so they can carry out the function. The application of that embedded controller is for medical devices like peritonial dialysis machines.”

Pentamaster Executive Chairman Chuah Choon Bin said that the company’s main business lies in automation, and that they have 2 sectors.

“One is called ATE which is all the test equipment for semiconductors IC (integrated circuit), auto electronics, smart devices, IoT, 3D sensors.”

“The other sector is a factory automation system that’s more towards Industry 4.0. This is where factories want to replace manual labour with automation using robots,” he told us.

Since Pentamaster’s establishment in 1991 and with its almost-30 years of automation experience, their “put-out is mainly 80% exports to all the multinational corporations.”

Established in 2000 but converted to a public limited company in 2004, they “currently export approximately 74% of goods and services to more than 24 countries.”

The Biggest Challenges They Face

For Elsoft, the biggest challenge has been continuous growth, which Tan said “is actually quite hard, but for the past almost 10 years have been okay despite a downtrend from 2005 to 2009.”

“Since 2009 we are in a very good growth path but to sustain that year after year is a very challenging job,” he said, “We have to not only grow the top line, but we need to ensure that the bottom line is also healthy.”

“We have to continuously focus on our R&D to develop a new product so that we can actually give a better value equipment for our customer.”

Pentamaster has about 600 employees today, according to Chuah, “and out of these 600 employees we have about 400 engineers,” he said.

“Today in the automation industry you need a lot of engineers and we don’t depend on machines to make machines.”

“You need a lot of good engineers to come up with the design, and our engineers range from mechanical, electronic, computer science, and controls.”

The challenge faced by Pentamaster is the shortage of engineers, and to retain good engineers he said, “I think we have to give a very conducive work environment, competitive packages, staff benefits and also make the job challenging and interesting.”

“The revolution, the evolution of technology is so fast, so as a company we cannot stay stagnant. Our engineers have to be very proactive and innovative.”

Similar to Pentamaster, ViTrox’s biggest challenge is “to attract, recruit and motivate engineering and programming talents as a local company,” Chu said.

“We need to compete with well-known and big high-tech MNCs for talents. Furthermore, MNCs can easily get financial support from the government to hire new talents.”

Their Experience With MDEC GAIN

“The team is actually superb; they are very helpful, courteous and professional,” Tan said, “They’re the best department we’ve dealt with among all the government or semi-government departments.”

Chuah said, “I think MDEC GAIN is a good platform for local companies to showcase, they help you to collaborate with industries, local universities and institutions.”

“In our business, we need visibility by our customers, the industries and universities, so we need to work very closely with universities in terms of R&D and also tapping into the human capital.”

“We joined MDEC GAIN for an immersion trip to US where we met and learned from the strong startup ecosystem in the bay area. It was a great learning experience where we were able to network with companies and experienced their work culture,” Chu said.

After Being Featured By Forbes, What’s Next?

Having been featured in Forbes’ Asia’s 200 Best Under A Billion for 3 consecutive years, Pentamaster feels honoured, but Chuah also said that it shows how Malaysia still falls short when it comes to its companies being featured on the world stage.

122 of the 200 companies featured this year come from China, Hong Kong and Taiwan, and they dominated the list last year, too.

According to Chuah, the feature is a “so-called certification of the stability and growth of a company,” and it also “increases customer confidence” which has contributed to Pentamaster’s “double-digit growth every year”.

For Elsoft, “one of our plans is to slightly diversify from our current business. With our core competency of electronics and software capability, we can actually venture into embedded controllers for medical devices,” Tan said.

“Of course the one that we are already good at doing, we will also put in a lot of effort into it this year because there are lots of new products, like in the automotive market we have LED headlamp testers.”

This feature is ViTrox’s 5th time on the list, and Chu said, “We will continue to stay focused on R&D, market expansion and talent development” to help industries “achieve zero defects and optimised productivity in their manufacturing.”

“We hope to grow beyond USD1B market cap in the next 5 years,” he added.

In The Next 2 Years

Tan foresees a pickup in demand for 5G components for phones and thus an increase in the demand for the equipment needed to test those phones, too.

This would mean “a lot of business for the whole industry”, “so we actually see the next 2 years we are going for better times.”

Another sector he foresees will increase demand for electronics would be the autonomous cars sector, and Elsoft would potentially benefit from that as well since they make test equipment for electronics and sensors.

Pentamaster sees the US-China trade war as an opportunity for growth, as Chuah said, “Now we see more enquiries, more interest coming from Chinese companies to buy from Malaysia” and “the same goes for US, we see more demand and enquiries from them, too.”

For the next 2 years, “we will try to capitalise on this trade war,” he said, calling it “trade diversion”.

ViTrox “is in a very good position,” Chu said. “We are extremely excited about the 5G, AI and Industry 4.0 development, in which these developments will transform the entire world towards a digital economy.”

“We believe many of our customers, primarily the OSAT (Outsourced Assembly and Test) and EMS (Electronics Manufacturing Services) in the semiconductor and electronics assembly industries will benefit from these megatrends.”